Twenty-two years exactly after the most infamous Manchester incident since the Second World War, when much of central Manchester was blown up by the IRA, we detail the story – the desperate attempts to minimise human in the frenetic build-up to the will-it/won’t it go off moment, the moment of impact itself, the intense police investigation to bring the bombers to justice, the political repercussions and how it all ended in chaos and botched redevelopment.

Oh and that pillar box. If you think it’s the one that survived the explosion you need to come on our tour! 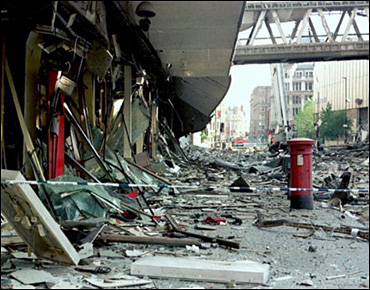