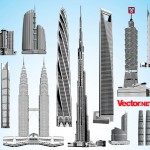 The two most powerful influences on 20th century architecture were the American Frank Lloyd Wright and the Swiss Charles Edouard Jeanneret, known as Le Corbusier (“the crow”).

Wright believed in working in harmony with nature, brilliantly seen in Fallingwater, the rural retreat he created for the Kaufmann family in the Pennsylvanian countryside, and less eloquently realised in Britain in a thousand Tesco supermarkets with their low roofs and over-hanging eaves.

Le Corbusier preferred to ignore nature. If trees, rivers, hills were in the way, flatten them, destroy them, remove them. As the River Medlock was in the way of the Corbusier-inspired post-war extensions for UMIST, it had to be buried underground.

Le Corbusier’s Vers Une Architecture of 1921 was the most influential architectural work of the 20th century. It transformed the world in advocating skyscraper cities, free use of raw concrete and buildings standing on slender columns (pilotis), elevating them off the ground so as not to waste the space at the bottom.

Le Corb never came to Manchester but the city was partly rebuilt according to his universal vision after the Second World War. The plans that poured out of the Town Hall and architects’ offices in the 1940s and ’50s advocated 60-story steel skyscrapers segregating the city into superconcrete sectors.

This tour, probably the most ambitious in the New Manchester Walks roster, examines the new Manchester of the second half of the 20th century that began to partly appear courtesy of a school of architects who had drunk at the Le Corbusier table throughout their professional careers.

Did it work? What has it left us? We begin by going to Piccadilly Plaza, in particular to look at City Tower, a 1960s block designed by Covell Matthews & Partners as a tribute to Le Corbusier’s United Nations Building in New York.

From there we head through the Le Corbusierian vision for Manchester, admiring, gasping, contemplating… 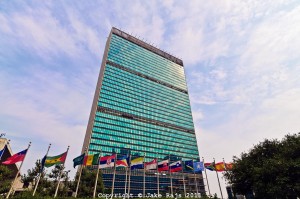 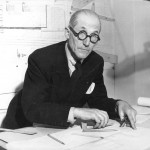