As the mediaeval town grew into the world’s first industrial city, the fields and market gardens standing only a few minutes from the parish church were built over with jerry-built slums and workshops.

Nearby, on Byrom Street, King Street and Mosley Street, the wealthy, able to afford the finest stagecoaches and even sedan chairs, led a genteel existence at the Old Exchange, the Portico Library and at string quartet recitals while planning how to make Manchester the richest city in the north of the kingdom.

Meanwhile the monarchy was in the hands of a German dynasty – the Hanoverians; George I, George II and so on – whose sole qualification was that they were Protestant… 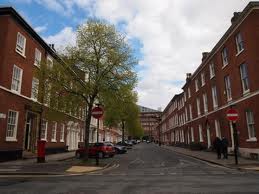