“I didn’t like the term ‘The Northern Quarter’ when it first appeared in the 1980s. Hell, I was at the council committee where the name was revealed and I said it would never work, you can’t have a council committee originating the name of an area; it has to develop organically, like Castlefield or Ancoats. To me the area was Smithfield (near the old markets) or Piccadilly by the canals.

Now I love what the place has become with its cheesy retro outlets, gleaming bars, downhome curry cafes, outré venues alongside the preserved weavers’ cottages, West Side Story-ish warehouses, the last remaining back-to-backs in the city, Affleck’s of course…

After doing some serious research I’ve now unearthed some hardcore history so that we can hear about: 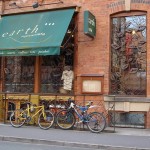 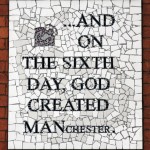 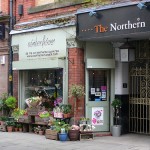