Tony Wilson never wrote a song, sang one or played an instrument. Yet he created the modern Manchester music scene.

He made things happen; he cajoled people into doing great things. He harried, encouraged, pushed, promoted. It might be fair to say without him Manchester’s music history might have stopped with Sad Café.

We honour one of the most popular figures in recent Manchester history: a vainglorious, proud, arrogant, infuriating but genius impresario.

We will visit Granada Television (what’s left of it), where he preened and pontificated; the Hacienda, which he swore “must be built” and was then knocked down; Rafters (now Tesco’s – fab!) where he met Ian Curtis (where would be in a universe without Unknown Pleasures and Closer?); and the Hidden Gem where he made his last confession to an astonished priest. 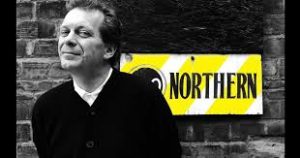