City of the Dead/Bring Out the Bodies

Next public tour: Wed 21 December 2016.
Meet: Victoria Station wallmap (on top of the old graveyard), 6pm.
Ideal: for a private booking…if you want your group to have nightmares. 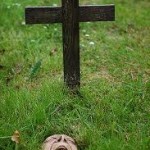 This is just one of many deathly stories we’ve dug up and revived for this chilling tour.