Along the Ashton Canal to the Portland Basin (long tour!)

Next tour: No dates yet.
Meet: Malmaison Hotel, No. 3 Piccadilly, time tbc.

* We will stop for a break at the Velodrome/National Cycling Centre.
* If we walk quickly enough we will arrive at Portland Basin in time for a cuppa and a wander around the museum. 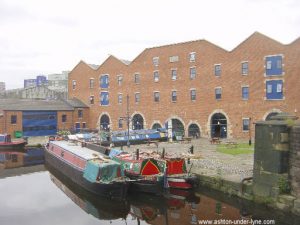