Manchester can boast of being the city where the last hanging took place, that of Gwynne Owen Evans at Strangeways prison on Thursday 13 August 1964. 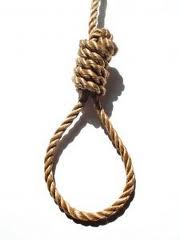