The country torn apart by unemployment, turmoil and poverty. The world at the brink of war. But hey, let’s not worry too much about today.

Things were bad in the 1930s as well. But all was not doom and gloom in Manchester. The east of the city was the workshop of the world; the Docks were the 4th busiest in the country; and a new central library and Town Hall Extension were rising (just like now!)

Less obviously, George Orwell was in town, spending the night in a doss house on his way to Wigan Pier; Man Utd’s secretary couldn’t get any money out the bank to pay the wages; and the locals were rising up against fascism. 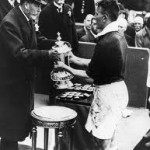 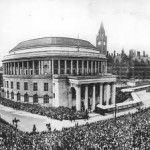 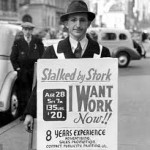