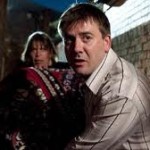 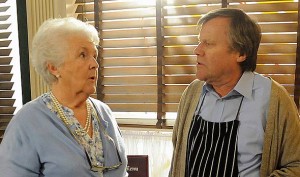 “Now the next thing you want to do is get in a signwriter in. That sign above the door will have to be changed.”

What about that? Not even Ken Barlow to Ena Sharples. But those lines ushered in a phenomenon, an institution, that is now 52 years old.

This is the sort of thing you’ll hear on the walk
When Julie Goodyear first turned up at Granada to play Bet Lynch in 1966, a friend gave her a lift into Manchester in his van. In the back was a cement mixer. Julie expected the pal to drop her on the main road, but as it was raining he insisted in pulling up outside the TV company’s front entrance on Atherton Street. By an amazing coincidence Pat Phoenix was just getting out of her Rolls Royce at the same time. Pat looked Julie up and down “as if I were a piece of dog dirt on her shoe,” as Julie recalled, and said, “‘Don’t you ever, ever dare to upstage me again, young lady.’”