Cholera – A Plague on Manchester

Next tour: No dates for the full cholera tour yet. To book a private tour – ideal for historical societies, schools etc who want a walking tour with a difference! – please e-mail info@newmanchesterwalks.com

Symptoms: Should you succumb to cholera, this is what might ensue: vomiting, diarrhoea and sweating. Death can occur within hours of the first symptoms showing. 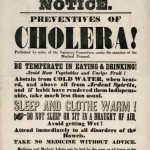 Respite: Fortunately for us, people in Manchester no longer contract the disease. But they did in the 1830s and no one understood how it occurred or what to do about it.

Cholera is transmitted through infected water. We don’t need to say what it would be infected with. In Manchester 1831-32, more than one thousand three hundred people contracted the disease, of whom 674 died (51%). Barrels of tar and vinegar were burned in the streets to try to remove the bad smells. None of these efforts had any effect whatsoever.

The first local victim was a James Palfreyman, a coach painter who lived just off Deansgate. He began to complain of nausea and pain of the bowels on Thursday 17 May 1831. Despite his terrible illness, the family moved home a few days later. Palfreyman failed to recover and died a few days later at the new address in Salford on, can you believe, Coronation Street?

Because medics didn’t then know how to treat cholera patients they began to indulge in some fanciful experiments, including dismembering the victims without the families’ permission.

When four year old John Brogan succumbed to the disease, he was buried at Walker’s Croft cemetery (where Victoria station now stands) in a huge open pit where each cholera victim was placed on top of another.

After the grandfather discovered there was no name on the coffin he asked to see the body, to check it was young John Brogan. The coffin was opened and the boy was there all right – but with no head. In place of the head was a brick. Word spread quickly through the area, known popularly as Irish Town on account of the large number of immigrants that had settled there.

Locals were furious, and some claimed that the hospital doctors were killing Irish sufferers so that they could practice on the corpses. The grandfather displayed the headless corpse to those who gathered, and the mob carried the coffin through the area to Swan Street amid cries of: “Burn the hospital!” There they rioted, smashed the windows and attacked the staff. It later transpired that a medical student had sawn off the child’s head and sold it for research.

Gaulter, a physician at the Chorlton-on-Medlock Dispensary, examined the first 300 local cases to help develop an understanding of how the disease spread. His account is eminently readable and moving. “Two inspectors were set to watch the canal boats, a feeble array against an enemy that had the credit of having overmatched the armed cordons of Austria and Russia” is a passage typical of his ire.

But despite the best efforts of the local Board of Health physicians did not know how to prevent the development or spread of cholera until advances over the notion of germs, which are the cause of cholera, and which did not happen until 1864. By then relatively clean drinking water had arrived in Manchester from the Longendale reservoir, and that helped wipe out cholera. 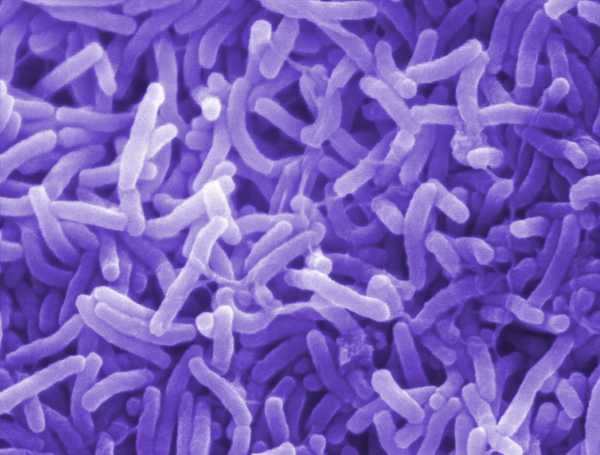