The World Cup Arrives at the New National Football Museum

All of us at New Manchester Walks Towers (the back room at the Portico Library, actually) are very much looking forward to the opening of the new National Football Museum in the old Urbis building by Chetham’s. It’s now been put back to the late spring and once the turnstiles open we’ll be doing more football-themed walks, starting or ending there.

An article in the Manchester Evening News today (30 January 2012) reveals that one of the items on display will be the replica of the best known World Cup – the Jules Rimet trophy – the very one that Manchester United’s Nobby Stiles can be seen cavorting with after England won the cup in 1966.

So why won’t the museum be displaying the real Jules Rimet trophy? Ah, that’s because no one knows where it is. This sad state of affairs dates back to the infamous event that took place a few months before England held the tournament, to March 1966 when the trophy, was stolen from an exhibition at Westminster’s Central Hall. The FA’s secretary, Denis Follows, visited the workshop of a silversmith, George Bird, in Fenchurch Street, before news of the theft was made public, and hired him to make a replica from the same solid gold as the original. The work was to be hush-hush; not even Stanley Rous, head of football’s governing body, FIFA, was told. 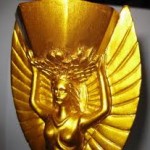 Within a week the stolen Cup was found, by Pickles the dog in Norwood. But from now on Bird’s replica trophy, not the real cup, which was safely ensconced at FA headquarters, was taken from exhibition to exhibition by Bird on his bike, concealed only by a cloth.

On the day of the Final, Saturday 30 July 1966, the police took the real trophy from the FA’s Lancaster Gate headquarters to Wembley, where it was given to the Queen who later presented it to the victorious England captain, Bobby Moore. Minutes later on the pitch Bird’s replica was given to the England players for their celebrations, and it was that cup, not the real Jules Rimet trophy, which was taken to the Royal Garden Hotel in Kensington for the post-match celebrations. Not that anybody in the crowd would have been able to notice the difference.

When it came to the next finals, in Mexico in 1970, it was time for the FA to return the trophy to FIFA who run the game internationally. But which trophy did the FA send back? After all, there were now two. The FA handed FIFA the replica. In Mexico Brazil won the World Cup for the third time and FIFA honoured the achievement by allowing Brazil to keep the Jules Rimet Trophy outright, although it was the replica they were keeping.

Thirteen years later the replica was stolen, never to be found again, this time in Brazil, which was ironic given that back in 1966 when it first went missing Brazil said that the theft was a sacrilege that would never have happened in their country, where even the thieves loved football too much.

By then the real World Cup was hidden under George Bird’s bed. Twice his house was burgled, and twice the thieves failed to come across the trophy. After Bird died in 1995 his family auctioned the Cup, which was described in Sotheby’s catalogue as a replica. It sold for £254,500. The successful buyer? FIFA.

Officials from the world governing body then brought in experts to examine their expensive acquisition, only to discover that they had indeed bought a replica – made of bronze! As Simon Kuper explained in the Financial Times in 2006, no one really knows what has happened to the original. Perhaps it has been melted into gold bars, or perhaps it is hidden away under a bed; maybe in Latin America, maybe somewhere in the Home Counties. Or maybe the new football museum will come across it when they unpack their boxes. 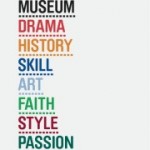