The city hosts and holds a thousand treasures: glorious buildings, priceless artefacts, unforgettable stories. We’ve picked out some of the greatest for a remarkable new tour.

• Wolfgang Buttress’s stirring Tree of Remembrance in Piccadilly Gardens – the one site of wonder in the Gardens.
• Parr’s Bank, gloriously carved in the finest Italian marble, described by the leading architectural critic Nikolaus Pevsner as “the most opulent of any of the date surviving in Manchester, and for that matter, in London”.
• The stained glass windows at St Ann’s Church, particularly the Masonic Solomon window with its bizarre symbolism.
• The four “elements” by Dalton Entry, finally disproved by John Dalton’s atomic theory.
• The religious symbolism on the Town Hall facade. Here the entrance to Manchester’s most admired building reminds us that “six days we work. On the seventh we rest”.
• The only existing remnant of the ornate Victorian facade of the Free Trade Hall, the stonework festooned with the symbols of the towns that traded with Manchester, including, controversially Liverpool (!)
• Chepstow House: has there ever been a more beautiful cotton mill, each corner sporting a different continental-styled tower?
• The grand staircase at the Beaux Arts St James’s Building, designed like a Monte Carlo Casino walkway.
• The Chinese Arch on Faulkner Street, the first of its kind to be built in Europe. It is painted in red and gold, adorned with dragons and phoenixes as traditional Chinese symbols of luck and prosperity, and contains ceramics, lacquer and gold leaf. The mortar was originally made with ingredients that included pig’s blood.
• The Shadow of Death at Manchester Art Gallery, which could be said to be the greatest painting in the collection.

There we finish in time for afternoon tea!

• See below for the pictures. 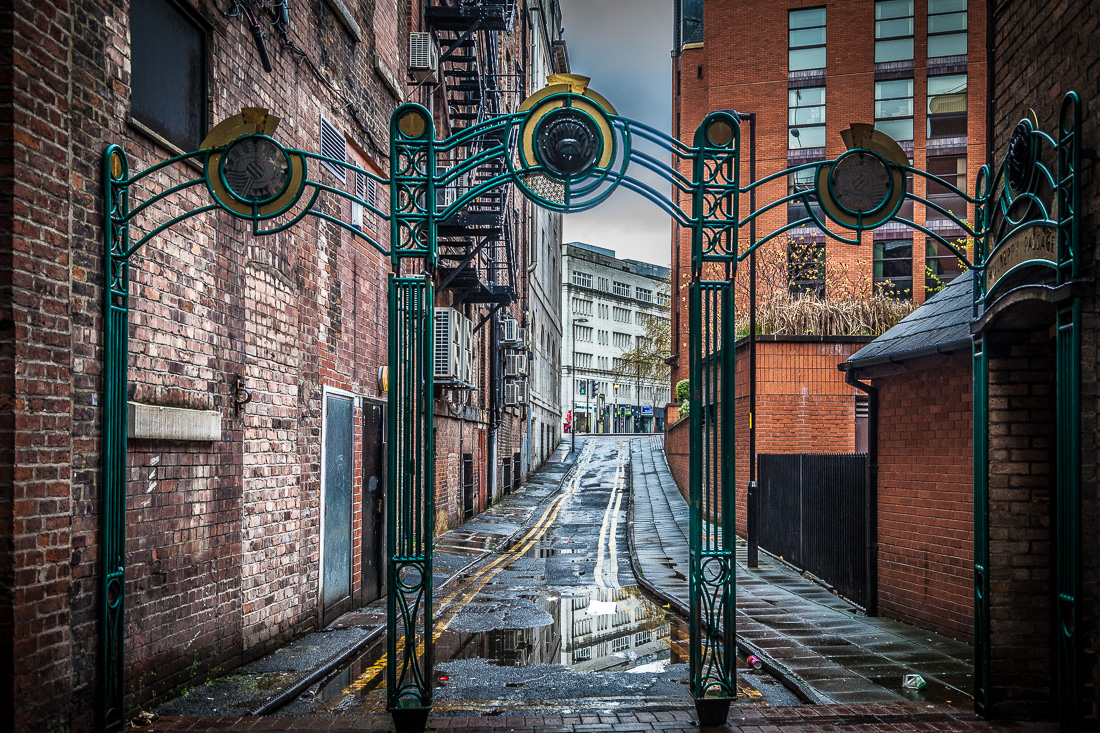