Here’s the full S.P.
The Manchester area is home to Britain’s second biggest Jewish community. Yet it was not until 1788, just over a hundred years after Oliver Cromwell allowed the Jews to return to the country, that the first recorded Jewish presence appeared in Manchester: Hamilton Levi, a flower dealer of Long Millgate, listed in that year’s trade directory.

Ironically, Manchester’s first Jewish community settled around the parish church (what is now Manchester Cathedral), for that was where the old town was located.

Where do we go?
On the city centre tour we check into the Midland Hotel to hear some ferkakte stories about Chopin, the Schwabes and the Sieffs; to St Ann’s Church (you want to know why we’re encountering the opposition? Come on the walk already!); Jackson’s Row synagogue; and the Town Hall (to meet the man who allowed the Jews back into England).

On the Cheetham Hill tour we hear about the three most famous Jews ever to come to Manchester: Nathan Mayer Rothschild, founder of the banking dynasty, soon to become the most powerful figure in the West, a “true Lord of Europe”, as Lord Byron described him in Don Juan; Karl Marx, founder of communism, who researched at Chetham’s Library; and Robert Maxwell, the corrupt newspaper boss.

Then we move north, like the pattern of Jewish migration itself, up the hill towards Strangeways (the area, not the prison, schmerel) to hear stories about the seeping poverty of Red Bank (see pic, bottom left); about Chaim Weizmann, first president of the State of Israel, who came to Manchester as a research chemist in the early years of the 20th century; about the early days of Marks & Spencer; of the Jews’ school attended by Jack Rosenthal and Louis Golding, where children’s Yiddish-sounding names were forcibly anglicised; and a stop at Torah Street, grudgingly named by the city council on the side of a bacon-curing factory!

We usually end at the Jewish Museum for a good fress of salt beef, latkes and heimishe cucumbers, as if.

We try not to do the walk on a Friday because:
It’s erev Shabbas (see “The Big Lebowski” for an explanation). 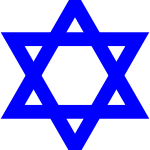 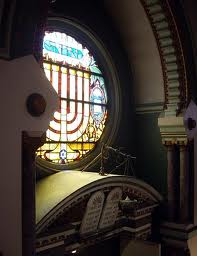 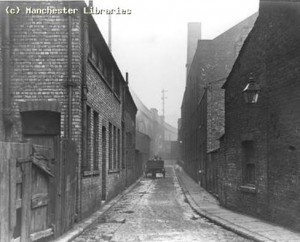