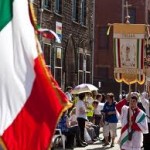 It’s been 150 years since Il Risorgimento brought ice-cream and Venetian vistas to Manchester. The city welcomed huge numbers of Italians in the mid-19th century. They came as farmers and rustics but they found work in the mills and factories for there were few farms between Fallowfield and Flixton.

Many went into the ice-cream business, peddling their gelati affrogato al seltz through the streets of Ancoats. They must have been shocked at the formidable array of Italianate styled buildings in Manchester – Watts’ Warehouse (now the Britannia Hotel), the police courts, the Free Trade Hall, the Memorial Hall…

All was quiet until Il Duce came to power in the 1920s. Fascist Italy meant trouble, and when the mother country entered the second world war in 1940 Winston Churchill ordered the internment of most of the male Italian population. Tragedy and turmoil followed… 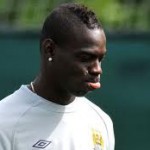 Sulky Italian who won’t be taking the walk