Next tour: No dates yet, but we do have plenty of other pub walks.
Meet: Malmaison, 3 Piccadilly, 6pm.

For decades it was a red-light district and a land of rotting textile workshops by a dirty old canal.

In the 1980s it was transformed into Manchester’s grand parade ground – the Gay Village – and all because of the sterling campaign waged by Greater Manchester police!

We will cruise the Village’s key haunts, relating the great and terrible stories that give this unique part of Manchester its character, and get a drink or two in the process.

• The police courts where Christabel Pankhurst was tried.
• The club where Theresa May and Eric Pickles were caught cavorting. Believe it!
• The bar that was rebuilt by its mortified owner when he discovered who had been drinking there.
• The former Playboy Club where the local villains gamboled and gambled. 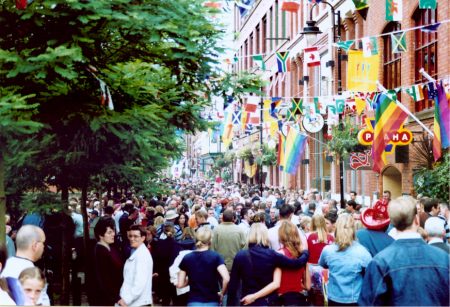