Which king? And what’s the link between him, America and Manchester? We will be walking in the footsteps of Kennedy (Joe) & Lincoln; Wilson, Dylan & Clinton; Hendrix, Reagan & Robeson; the leading Manchester statesman who became the first local to go to America and return (!) – not to mention all that raw cotton – in Manchester, the 51st state for the day.

* We also do “American Liverpool” (Where the Old World meets the New World). 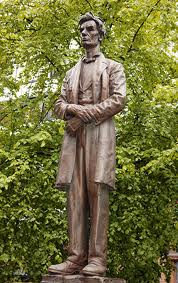