Next tour: No dates yet.
Meet: outside Oxford Road station, time tbc.

1901-10: Britain was at its height as an imperial and commercial power, and Manchester was its industrial capital, a city buzzing with cotton trading and machine-making, lined with Baroque banks, Italianate warehouses, grand civic buildings and millions of moustachioed merchants, their top hats glued to their heads.

But away from the teeming centre, away from the suited swells lounging outside the Free Trade Hall in between sessions from Hans Richter (the world’s greatest conductor) all was not well; not everybody was satisfied with their lot… 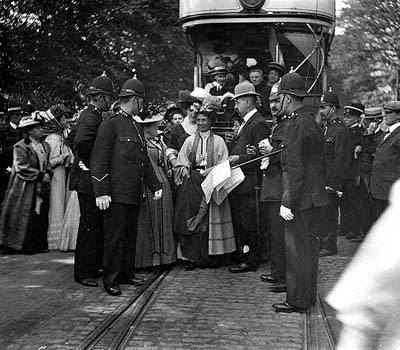