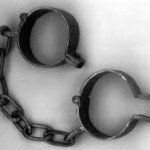 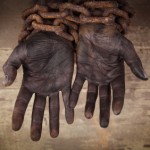 Manchester might have prospered from the horrors of slavery for much of the 18th century, but the growing town was soon leading the campaign for its abolition.

At the Town Hall we hear about the ground-breaking 5th Pan-African Congress of 1945 which catalysed the post-war push for independence. At the Free Trade Hall we hear about the visits of Paul Robeson and how he was barred from leaving America in the 1950s. We finish the tour at the Abraham Lincoln statue in Lincoln Square, naturally.