Gorton was once the workshop of the world. Here the first locomotives taking trains across South Africa, New Zealand and Palestine were built at Gorton Tank, Gorton Foundry, Beyer Peacock. Here the world’d first commercial computer, Ferranti’s Mark 1, was created. 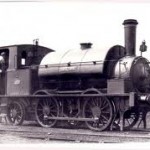 It deteriorated alarmingly a few decades ago; like Gorton after de-industrialisation. Much of the site was wrecked. But thanks to a dedicated team of volunteers it has been lovingly restored, although the project is far from complete. The building was even on the World Monuments Fund Watch List of 100 Most Endangered Sites in the World in 1997 alongside Pompeii, Macchu Picchu, The Valley of the Kings and the Taj Mahal.

It is where we begin and end the tour. Not only do we examine this sacred space in detail, with a talk and a tour, but we also venture outside to find the remains of Gorton’s industrial hey-day; great stories of love, labour and lore. At the end we return and flop into the café for much needed sustenance. 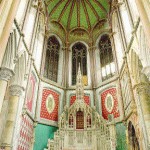