Forget L. A. and Broadway, Manchester is La-La Land, a centre of excitement and energy, a setting for sound, song and showbiz. During the Manchester International Festival 2017 we salute the great entertainers* and their performances in the eternal city of entertainment. 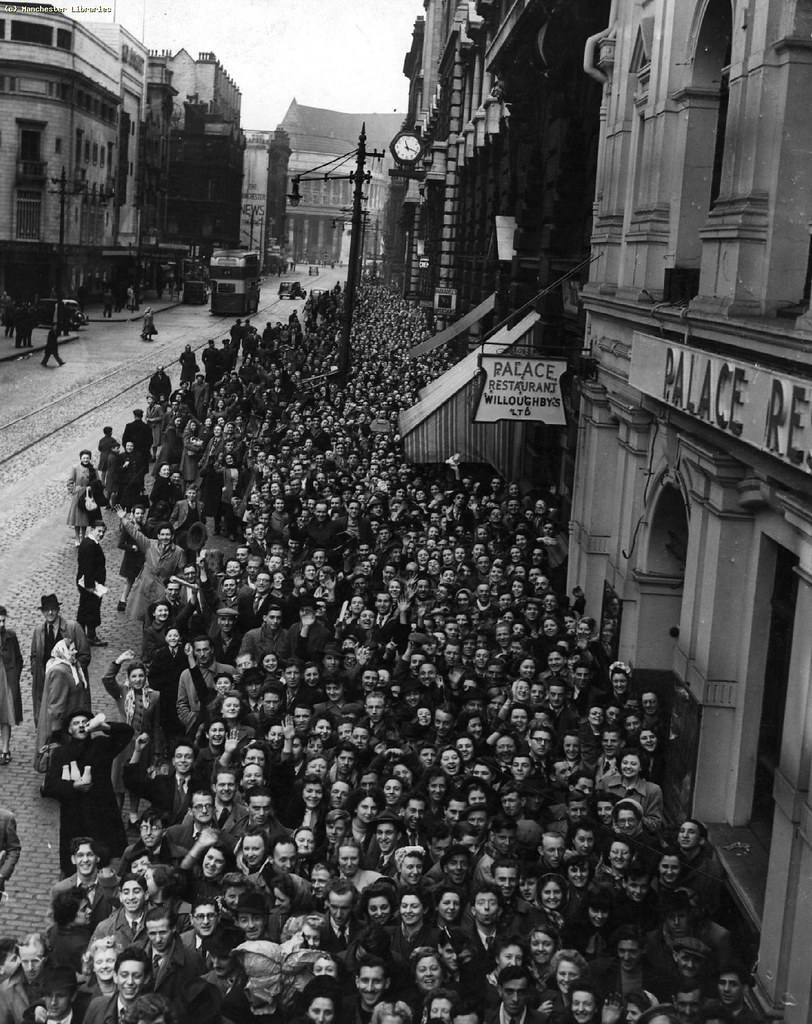 Crowds queuing to see Danny Kaye at the Palace Theatre, 1949. “A state of siege, which latest for twenty-four hours, at the Palace Theatre, Manchester, was lifted last night when the last of the tickets for the Danny Kaye show, which opens June 13, was sold. All day long a six-deep queue of people had stretched along Oxford Street into Portland Street, and Whitworth Street, completely surrounding the block.”

iCal Import + Google Calendar
Exploring the Canals of Manchester (East to Sportcity)
Hell Is A City: the Horrors of Victorian Manchester