What the tour entails

We will hear how:
• The world’s most famous football team (no, not Real Madrid, you turnip) began as a railway works outfit in north Manchester.
• Both Bobby Charlton and George Best arrived in Manchester at the nearby station, and how their different experiences affected their progression.
• The corrupt newspaper boss Robert Maxwell tried to buy the club, and how lucky they were he didn’t.
• The playful antics of George Best drove Matt Busby to distraction.
• United nearly never became United – Manchester Central and Manchester Celtic were the preferred choices.
• United nearly never became United, saved only by the wandering behaviour of a dog called Major. 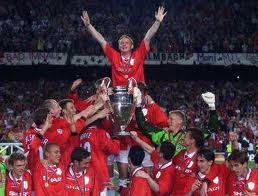