The pub walk has been turned into a day time walk for now.

After sorting out the problem he turned up at the football ground and was then put into digs in Chorlton. The landlady was a Mary Fullaway, and her first sight of he who would become Britain’s greatest player led her to later claim he looked “more like a jockey than a footballer”, for Best was then only 5 foot tall and weighed just 8 stone.

A year later the Beatles came for an audition at the old Broadcasting House on Piccadilly in 1962, only for Paul to fail. A year later Julie Christie could be seen carousing down Oldham Street in one of the most swinging of all Sixties’ film scenes – from Billy Liar. Three years later Bob Dylan was booed at the Free Trade Hall. 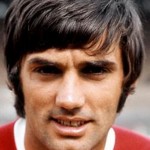 There were plenty more fantabulously flamboyant figures from that frolicsome decade: Albert Finney, Dougie Flood, Mike Summerbee – not to mention the guys who cut their hair. But we don’t just recall the clubs, clubbers and football clubs. We pay homage to a golden period in English architecture that gave us such magnificent houses: Bernard House (gone, alas), Manchester House (ruined, alas) and Quay House (still there in all its glory).

If you remember the Sixties you probably weren’t there or weren’t where it was at, in which case we’ll help you bring it all back home. 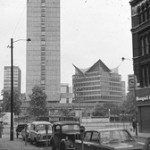 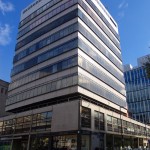