Next walking tour: No dates yet.
Meeting point: To be arranged.
Booking: Soon.

The sounds of the city, courtesy of the Smiths, the Fall, Elbow, Joy Division, Bob Dylan, John Cooper Clarke…

We will walk in search of the stories that chime with the sounds that have made Manchester one of the world’s greatest music centres.

New Manchester Walks has picked 12 stone cold classics (naming the tour in honour of the classic 1970 album from that great non-Mancunian, Randy Newman) which link with city centre landmarks and can tell an enthralling story.

Along the way we will stop at Canada House where Morrissey once had a proper job, as recalled in “Heaven Knows I’m Miserable Now”. We will stop at the Hidden Gem church where Tony Wilson’s funeral service was held. Part of the soundtrack emanating from the Rhenish stones that tragic day was Joy Division’s “Atmosphere”.

As for the other songs, you’ll have to come on the walk… 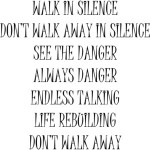 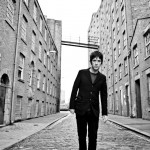