SS GB Manchester – Hitler’s Plans for the City.
80 years since the start of World War Two

Far fetched? Well, similar events took place in Amsterdam, Warsaw and Paris. How close was Manchester to succumbing to the Nazi yoke?

An alarming journey through one city that the SS failed to reach.

Here’s a sample from the tour…
A regular speaker at the Free Trade Hall in the 1930s was William Joyce, No. 2 in the British Union of Fascists.

During the war he was known as “Lord Haw Haw”, broadcaster of pro-Nazi propaganda over the wireless from Germany in English.

Just before WW2 began Joyce and his family fled to Berlin after a tip-off that he would be interned for the duration of the war. Friends in Germany put him in contact with Dr. Erich Hetzler, private secretary to Germany’s Foreign Minister, Joachim von Ribbentrop. Two weeks after the outbreak of war Joyce was appointed editor and speaker for the German transmitters for Europe.

Towards the end of the war, with the Red Army approaching Berlin, Joyce moved to Hamburg. After the war he was arrested near the Germany-Denmark border and was brought back to Britain.

As the plane neared the coast Joyce exclaimed:

The start of the trial was delayed by wrangling over his nationality (he was born in New York and raised in Ireland) but he was charged with committing treason between 3 September 1939 and 2 July 1940, when his British passport ran out.

Joyce was found guilty and hanged at Wandsworth Gaol in January 1946. He showed no emotion when confronted by news and scenes from the concentration camps, blaming the deaths on starvation and disease caused by Allied bombing of communication lines. He also scratched a swastika on the wall of his cell whilst awaiting sentence.

His last public message reported by the BBC was “In death as in life, I defy the Jews who caused this last war, and I defy the powers of darkness they represent.” He was buried in an unmarked grave in the grounds of the prison. 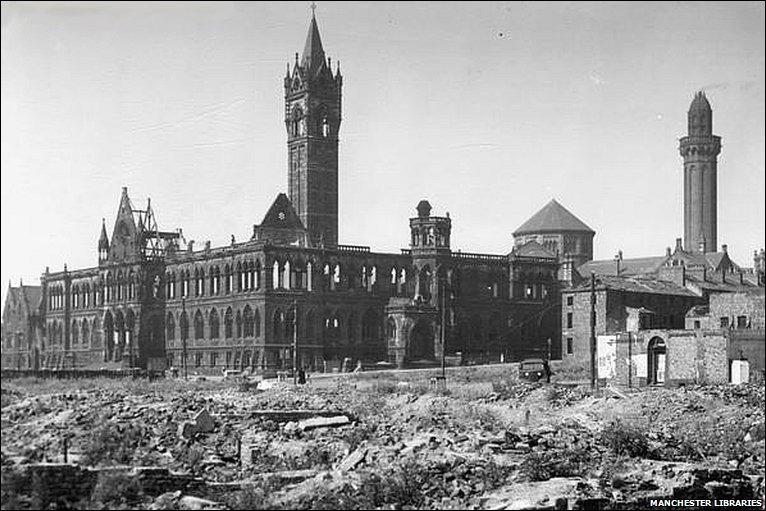