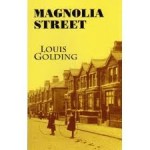 In the beginning was the word, and the word eventually came to Elizabeth Gaskell, Howard Spring, Louis Golding, Harrison Ainsworth, Thomas de Quincey and Anthony Burgess. But put down that volume and join us to hear how Manchester’s greatest writers have written up the city.

On the tour we will:
* Visit the Georgian jewel that is the Portico Library.
* The birthplace of the “opium-eater”, Thomas de Quincey.
* Admire the Shakespeare window in Central Library (and hear how Anthony Burgess lost his virginity!).
* Marvel at one of W. H. Auden’s greatest works lovingly detailed in the Midland Hotel.
* Recall Annie Horniman’s ground-breaking repertory company at the site of the Gaiety Theatre.
* Baulk at Howard Jacobson’s cutting critique of the Bridgewater Hall.
* Nostalgically recount the days of the great stagecoaches at the Peveril of the Peak pub, with its Walter Scott connotations.
* Wince at Charles Dickens’s descriptions of heavy industry from Hard Times.
* Fetch up at the International Anthony Burgess Foundation venue, one of Manchester’s best kept secrets. 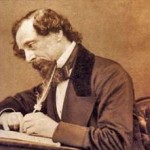