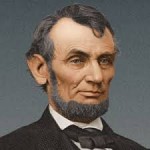 To many he was the US’s greatest president, but it was Manchester’s economic collapse – the Lancashire Cotton Famine – during the American Civil War that connected him to this city in the most surprising way.

To mark the 150th anniversary of Abraham’s assassination and death, we remember the life, the legacy and legend, recalling his links to Manchester and leading locals such as John Bright. 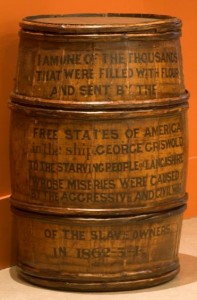 Pictured is one of the barrels sent by New York as part of an aid package during the 1860s cotton famine.