All Change on Chapel Street

Come and find out how one of the country’s most run-down streets is being transformed into a showpiece stretch of regeneration. Chapel Street (and its arterial extension, The Crescent) was once the beating heart of Salford, astride the old Town Hall, the baroque-styled council offices and hospital, the dinky pubs and the haunts of L. S. Lowry.

Local government reorganisation in the 1970s wasn’t kind. The heart was ripped out of the dirty old town. The Town Hall became the magistrates’ court and then closed down. The pubs called last orders one by one. Chapel Street became the forgotten zone. Now regeneration is sparking it back to life.

Here is a wealth of history: the staunch political passages, the 5-star Lowry Hotel which Jose Mourinho allegedly can’t leave for fear of being chased by the paparazzi (as if), the ancient church of Sacred Trinity, the terminus of the nuclear bunker… 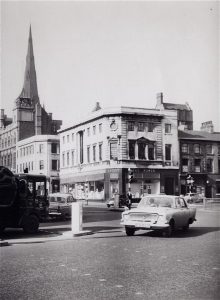 Chapel Street when it bustled 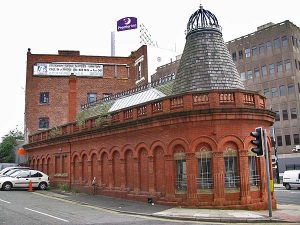 Chapel St police station. Here one of the very few Jews to be hanged made his confession…