* Chetham’s: Europe’s oldest library.
* Manchester Cathedral: an ancient place of worship with a history to match.

And all around the site of the “Old Town” where Manchester grew by the rivers Irk and Irwell, and the Hanging Ditch. 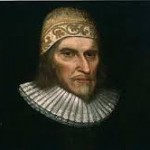