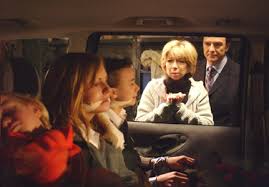 We will be taking the tram (not the one that fell off the viaduct onto the Street) to visit:
* Richard Hillman’s watery grave, where he tried to bump off the entire Platt family (sadly he failed).
* Weatherfield Registry Office where you just knew wedding after wedding was going to hit a major hitch.
* Corrie’s birthplace.
* The real Coronation Street.
* Weatherfield Quays, now home to the new set.
* Granadaland, or what’s left of it.
* Fiz’s restaurant, right next to Betty Turpin’s funeral church.

iCal Import + Google Calendar
The Pankhursts: Suffragette City NOT THIS ONE PLEASE. SEE OTHER DATES
Welcome to Manchester