Yes, the raw cotton that buoyed Manchester’s main industry for over a century was picked for decades by slaves in the Southern states of America. And you thought this wasn’t a political walk.

We visit the great Manchester buildings created on the back of the ever-popular cellulose shrub – the fabulously ornate Watts Warehouse (now the Britannia Hotel), the most beautiful  cotton mill you will ever see (now luxury flats, natch), the John Rylands Library, the Town Hall, the Royal Exchange – and hear how the men with money, such as Nathan Mayer Rothschild, described by Lord Byron in Don Juan as a “true lord of Europe”, made it all happen.

Cotton was Manchester’s main 19th century industry. It made the merchants and moguls rich; it gave the workers full employment, mostly, even if really horrible jobs.

What could possibly go wrong?

The American Civil War brought the whole edifice crashing down. Firms closed, mills shut, people were thrown out of work. There was destitution on the streets. The people met at the Free Trade Hall on New Year’s Eve 1862…cotton panic!…to discuss what to do… 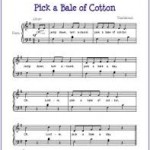