Three Victorian Titans whose legacy, from free trade to one-nation Toryism, spanned the era and shaped the city. 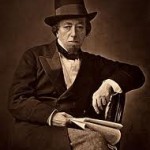 Ah yes, the days when the most powerful politicians could, unlike Tony Blair and Neil Kinnock, segue words into sentences that shook and stirred the soul rather than mangled the English language. Benjamin Disraeli, promoter of “One Nation” Toryism, came to Manchester on many occasions, and once spoke for three hours at the Free Trade Hall. Statue in Manchester city centre: none.

William Gladstone: A towering presence and, like Disraeli, prime minister under Queen Victoria. Statues in Manchester city centre: three. There’s one in Albert Square, where he looks like he’s trying to hail a cab; one in the Town Hall Sculpture Hall cafe; and one in the Town Hall’s Great Hall. Honoured so for being the most powerful advocate of two issues crucial to Manchester’s development: free trade, on which Manchester, rightly or wrongly, made its wealth, and reform: the art of gently increasing the people’s political rights, through argument and legislation, rather than revolution and violence, in the manner that has shaped local politics since Peterloo. 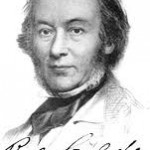 Richard Cobden: the greatest political figure in Manchester history, a man of unimpeachable morals, vociferous opponent internationally of slavery, nationally of the unjust repressive Corn Laws, and locally of Manchester’s moribund feudal local government system. Richard Cobden served on Manchester’s first council in 1838 and led the fight to scrap the Corn Laws, which he achieved in 1846. He was Rochdale’s MP when he died on 2 April 1865, a week before the Confederate surrender that signalled the end of the American Civil War (a conflict that broke his heart) and only 12 days before Abraham Lincoln was assassinated. Statue in Manchester city centre: one, and in the wrong place, in St Ann’s Square. It should be in Piccadilly Gardens or in Albert Square or both.