England under the Jacobites – those kings and would-be kings called James (“Jacobus” in Latin) – was a dangerous place.

Not everyone in 1603 supported the accession of James VI, king of Scotland, as James I, king of England and Scotland. Indeed a group of Catholic rebels, led by Guy Fawkes, tried to blow him up. According to a very hoary legend, it was in this area, possibly at Ordsall Hall, that Fawkes devised the Gunpowder Plot. The street to the side of the hall is called Guy Fawkes Street; what more proof do you need?

Guy Fawkes didn’t succeed in blowing up the king and Parliament. You knew that bit. But the Protestant establishment did manage to oust his son, Charles I, (beheaded) and grandson, James II (forced off the throne for being a Catholic).

James II’s Catholic children and grandchildren were livid and tried to seize back the throne during the 18th century. The conflict often spread to Manchester, especially when the most infamous of all Jacobites, Bonnie Prince Charlie, came here in 1745, enlisting support for his attempted coup which ended ignominiously at Culloden on 16 April 1746. Since then, no Stuart has tried to seize the British throne and the law still stipulates that a Catholic can’t be monarch. 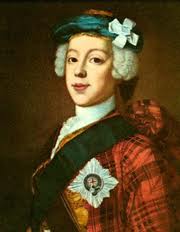