Heroes & Villains: From Gandhi to Mosley

The Good?
• Richard Cobden, who brought us political freedom and free trade.
• George Bradshaw, who made the trains run on time.
• John Dalton, who invented the atom and the weather!
• Sylvia Pankhurst, who won women the vote.

The Bad?
• Ex-chief constable James Anderton: God forbid anyone who dared to be different.
• Jimmy Savile. For decades he was considered a heroic, iconic figure, running highly-popular discos in the city centre and thrilling millions on TV. Then he died and at last his appalling behaviour could be revealed.
• Oswald Mosley: from the family that owned Manchester for hundreds of years, he saw himself as Britain’s answer to Mussolini and Hitler.

The Ugly?
• William Joyce. So extreme was he, Oswald Mosley kicked him out of the British Union of Fascists. He had a nasty scar, ingrained after a fight at a Tory party meeting (see below). He loved coming to Manchester, but you wouldn’t want to sleep in the same bed that he used at one of our top hotels. 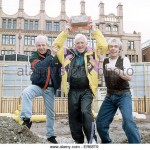