In Search of the Manchester Ship Canal

Next tour: No dates yet.
Meet: Entrance to the Science & Industry Museum.
Booking: 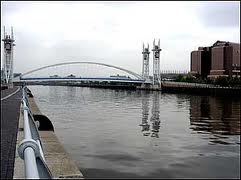 It’s the world’s greatest waterway, as deep as Suez, as wide as Panama, and it brought the sea into Manchester – almost as far as the city centre.

The idea for such a canal had been discussed for years. Engineers had already tampered with the course of the local waterways. A company was formed in the 1820s to investigate the idea of this ship canal, but it was subjected to public ridicule and hostile songs were aired in local music halls. Parliament rejected the proposal while approving by one vote the building of a railway along the same route.

However the canal’s supporters weren’t dissuaded and their campaign gained ground in the 1870s when economic depression in Manchester saw industries fail, mills shut and workshops close. They knew they needed a way round the charges imposed by the Port of Liverpool for allowing cotton imports, charges that were so high it was cheaper for companies to bring their goods into England at Hull on the east coast and pay rail freight charges across the Pennines to reach Manchester. 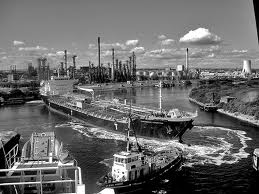