Charles Edouard Jeanneret, better known as Le Corbusier (“the crow”), wasn’t just the greatest architect who ever lived (well, apart from Hawksmoor, Voysey, Maxwell Fry and Edgar Wood), he was a social visionary who created much of the way the 20th century looked.

He never came to Manchester, but that didn’t stop the city reforming itself according to his vision after the Second World War. Hear how on this mind-boggling tour. You’ll never look at concrete the same way again! 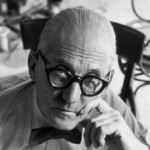 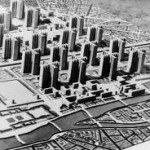