How could two cities only 35 miles apart sport such fierce rivalry?

Manchester and Liverpool have clashed for hundred years. It began when Liverpool, by far the older power, began to feel threatened by Manchester’s sudden growth during the Industrial Revolution.

One of the factors made things worse was the attitude towards slavery. In Manchester in 1787 abolitionist Thomas Clarkson was rapturously received. In Liverpool they tried to throw him into the Mersey.

During the American Civil War of the 1860s Manchester backed Abraham Lincoln’s moves towards ending slavery in the US. In Liverpool Confederates were illegally smuggling cotton into the country and arming ships to fight the Union.

Those battles are now over and the rivalry now manifests itself in football, especially since Alex Ferguson succeeded in “knocking Liverpool off their perch”.

This is going to be some walk, led by Ed Glinert, who’s going to leave his own perch to tell the tales of two cities forever in trouble and turmoil. 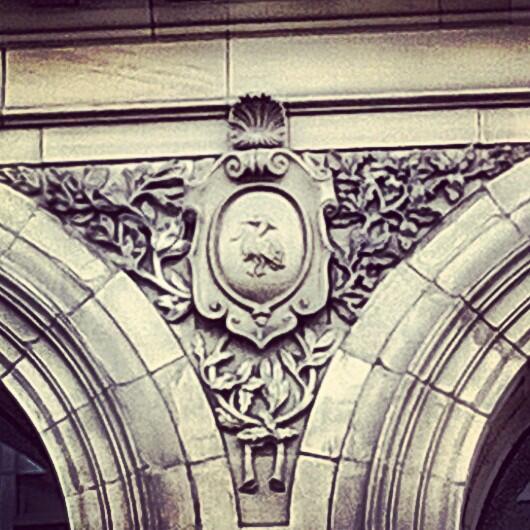 This is a Liver Bird – on the wall of Manchester’s most important building!