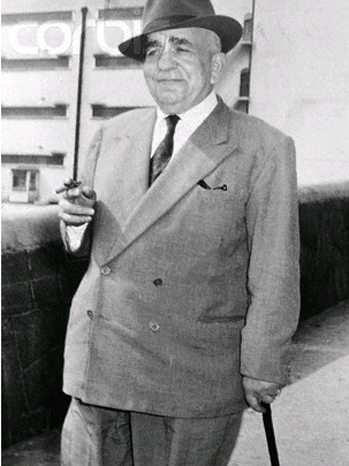 Morris “Two-Gun” Cohen (1887–1970) enjoyed a most unusual career path for a Polish Jew raised in the East End. For Cohen became aide-de-camp to the Chinese nationalist Sun Yat-Sen and a leading officer in the Chinese National Revolutionary Army. He was the only foreigner ever to become a member of the Kuomintang. When Cohen was 13 he was arrested for pick-pocketing and sent to a Jewish approved school. On his release, he was sent to Canada where a colourful lifestyle saw him make friends with Chinese exiles working on the railways. They invited him to join Sun Yat-Sen’s anti-Manchu army. After Sun Yat-sen died, Two-Gun Cohen was named commander of the Chinese 19th field army. In the 1930s he helped repel the Japanese invaders. Eventually he settled in Salford where he worked in the raincoat business and helped broker deals between British companies and communist China. He is buried in Blackley Cemetery, Manchester, under a trilingual headstone.