The 7 Wonders of Manchester

The glories, grandeur and greatness of the city. These are the Seven Wonders of Manchester; wondrous places, majestic settings, extraordinary stories: the world’s biggest trading room, a Cathedral of Culture, masterpieces of religious art, an unforgettable Gothic shrine and tens of thousands of faces forming one famous face.

So many wonders; what will we choose from?

• Chetham’s, the oldest library in Europe built into the 15th century Tudor buildings in the heart of mediaeval Manchester.
• The Royal Exchange: once the world’s biggest trading floor, now home to a futurist-looking and world-renowned theatre.
• The John Rylands Library Reading Room. Fashioned like the nave of a Cathedral, lined with statues of some of history’s greatest figures.
• The extraordinary Stations of the Cross paintings in St Mary the Hidden Gem, the oldest post-Reformation Catholic church in the country.
• Manchester Town Hall: a glorious Gothic Gormenghast.
• The Emmeline Pankhurst collage in the Rates Hall: an ingenious creation out of the face of the maverick figure that is so identified with the fight to gain women the vote
OUT ON LOAN. DAMN! • Ford Madox Brown’s monumental Work: Manchester’s greatest painting, explained, outlined, resolved in wondrous detail. 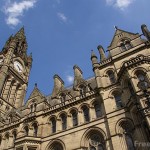 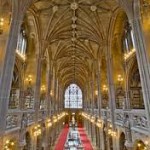 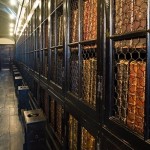