The Fenian Hangings of 1867

It was one of the blackest days in Manchester history. Three men – possibly innocent – hanged on 23 November 1867 for their alleged part in the ambush of a prison van containing Irish republican prisoners (Fenians) and the murder of a policeman.

But these were no ordinary hangings. They took place in public: outside the New Bailey Prison in Salford, and not all the men died instantly, such was the incompetence of the hangman.

The humiliation of the men and the violence of the incidents had a cataclysmic effect on Anglo-Irish relations. As the communist pioneer Friedrich Engels put it: “[The executions] “accomplished the final act of separation between England and Ireland. The only thing the Fenians still lacked were martyrs. They have been provided with these”.

Ed Glinert, Manchester’s leading political tour guide, will lead this walk through the detailed history of the events. 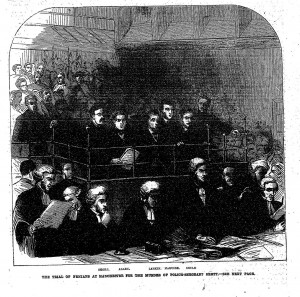