The Story of the Manchester Guardian

On 24 August 1959 the Manchester Guardian, once the world’s greatest newspaper, dropped the “Manchester” prefix from its banner, explaining to readers:

“The omission of Manchester implies neither a change of policy nor any disrespect to our home,” a leading article explained, though it clouded that latter promise by adding “ours is undeniably an ugly city”.

Yet within a few years it had moved to London and in 2018, nearly two hundred years after its launch, has no presence in its home city. Ed Glinert, who has freelanced for the paper, breaks the news on this STOP PRESS! EXCLUSIVE! tour. 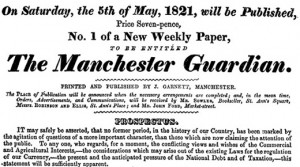 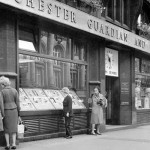