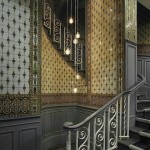 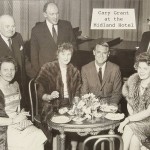 It’s what you’ve been waiting for: Ed Glinert and co. taking you or your group, club, works outfit, society … around this magnificent building.

• Meet at the hotel entrance on Peter Street.
• Also ideal for private tours for groups of around 25 people.

The Midland is Manchester’s most famous hotel.

• It’s the famous Edwardian railway hotel built on the site of the house from where the magistrates sent the troops into the Peterloo Massacre, and the site of the concert hall where Chopin was slow-hand-clapped.
• It’s where Rolls met Royce. Or did they?
• It’s where Churchill scoffed 16 oysters and a bottle of champagne – and that was before dinner.
• It’s where Hitler kept the bombing planes away from so that it could be the Nazis’ North-west home once they had invaded.
• It’s where George Harrison was refused admission because he wasn’t wearing a tie.
• It’s where the great and good – Derek Jacobi, Princess Anne, Martin O’Neill, Nigel Havers, Ed Miliband(!), Dave – stay when they come to Manchester.

Hear the history, soak in the sleek style and lounge in its luxurious locations. Then, when the tour’s over, take tea and tiffin or a tipple in the Octagon bar. What a great way of spending two hours or so!