The Wonders of Withington

What a place! The setting for Britain’s first domestic air service, one-time home to the 20th century’s greatest philosopher, a Nobel Prize-winning novelist, one of the world’s greatest record labels, the man everybody knew as “Mr Manchester” – oh and the bloke who took over from Hitler as Germany’s fuhrer. Yes, what a place! 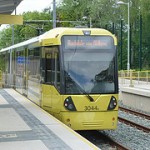 A tram at Withington Metrolink stop. How exciting! This is where we start. 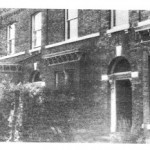 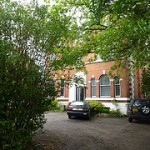 The sensational sound of moody mystical Manchester was based here