This is the official Zoom tour to promote the new RHS Gardens at Worsley and the Bridgewater Canal.

And now it’s all been joined by the very latest Royal Horticultural Society gardens, 156 acres, lovingly created out of the grounds of Worsley New Hall in a multi-million pound development to bring about a greener and environmentally sound future.

On this Zoom tour, also lovingly created, by the North-West’s most prolific tour guide, Ed Glinert, we visit the village’s key sites:

* The deep and dangerous Delph that provided coal for the great cities from 42 miles of tunnels.

* The 1760 Packet House, redesigned in the Victorian era into an elaborate black-and-white structure, outside which the world’s first steamboat was built in 1780 – some thirty years before the better-known New Orleans vessels that cross the Mississippi first appeared.

* The village green, for a century a smithy of industry, but landscaped and prettified a hundred years ago.

Then it’s off to the new RHS gardens, to whet your appetite for your visit, or to clarify what you’ve just seen.

Finally we will take a jaunt along the Bridgewater Canal, Britain’s first, where James Brindley built what the Duke of Bridgewater called a “castle in the air”. 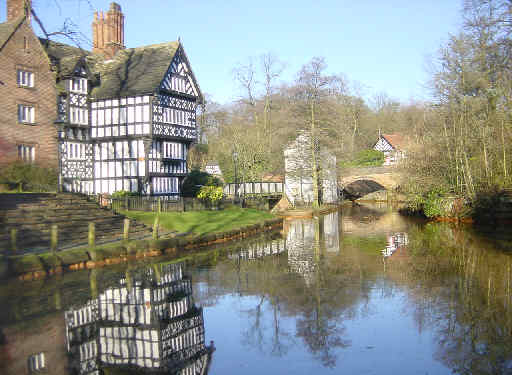