You think you know Manchester? Well, no one knows it like Ed Glinert, who has spent 40 years unturning every last stone in the city, uncovering layer upon layer of other histories, lesser-known stories, the secret side of the city to create the ultimate “believe it or not”.

On this we hear about:
* The atomic bunker under Piccadilly Gardens.
* the story of racist GIs during the Second World War and the drama they caused.
* The planned demolition of the Town Hall.
* L. S. Lowry the secret sadist.
* The attack on the paintings at the Art Gallery.
* The pillar box that didn’t survive the 1996 IRA bomb events…

It’s the Manchester that nobody knows. Well, apart from our guides.

The Secret History of Manchester

You think you know Manchester? Well, no one knows it like Ed Glinert who has spent 40 years unturning every last (Gothic) stone in the city, uncovering layer upon layer of other histories, lesser-known stories, the secret side of the city to create the ultimate “believe it or not”.

It’s the Manchester that nobody knows…apart from Glinert and you after you’ve been on this tour!

Here’s something else you didn’t know (we hope). During the Second World War the Government requisitioned a well-known building in Manchester city centre to be a secret regional HQ, to take over the running of not just Manchester but the entire North-West should Nazi invasion look imminent.

It was kitted out with the most sophisticated communications equipment, food and beds. Winston Churchill, prime minister, even kipped there one night to show how safe it was. But of course it was never needed. Where is it? Ah…

This is a trip into the deepest historical secrets of Manchester. Sites, streets, spaces that you’ve walked past a thousand times will never look the same again. The tour is conducted by Ed Glinert who knows Manchester better than anyone and knows the things that nobody else (apart from the people who told him) knows.

You think you know Manchester? Well, no one knows it like Ed Glinert, who has spent 40 years unturning every last (Gothic) stone in the city, uncovering layer upon layer of other histories, lesser-known stories, the secret side of the city to create the ultimate “believe it or not”.

On this we hear about:
* The atomic bunker under Piccadilly Gardens.
* Racist GIs during the Second World War and the drama they caused.
* The planned demolition of the Town Hall.
* L. S. Lowry, the secret sadist.
* The attack on the paintings at the Art Gallery.
* The pillar box that didn’t survive the 1996 IRA bomb…

It’s the Manchester that nobody knows.

We celebrate his life with a walk from Manchester University, taking in the site where the computer was invented and where he worked, on to the cinema where he met his nemesis and his statue in the Gay Village.

For more information, please see the Alan Turing page on this website.

The Grand Canals of Manchester

Heading west from Piccadilly, the canals under the city streets flow towards Britain’s grand canal junction at Castlefield where four waterways cross. This is a spectacular stroll along the waterways of Manchester invoking a host of stories industrial and architectural, anecdotal and incidental.

* The Pre-Raphaelite paintings in the Art Gallery.
* The paintings of the Stations of the Cross at the Hidden Gem.
* The Golden Ratio proportions of Lutyens’s Midland Bank on King Street.
* The gargoyles at the John Rylands Library.
* The Georgian splendour of the bank manager’s house nearby…

this is Manchester at its most stylish and sophisticated. 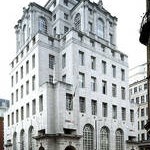 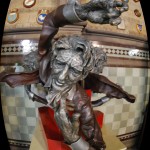 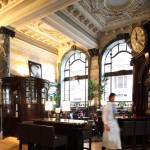 The John Rylands Library is one of the world’s greatest libraries – Manchester’s No. 1 attraction on TripAdvisor – thanks to the astonishing collection that includes first editions of Shakespeare’s Sonnets, the largest number of works printed by William Caxton, Britain’s first publisher and many of the world’s most valuable bibles, including the 1631 Wicked Bible.

Why do we start the tour at St Ann’s Church? Well, the John Rylands Library was built out of the proceeds of John Rylands’ cotton empire to house his collection of religious works. Rylands and his wife, Enriqueta, were devout Protestants – Congregationalists – we start the tour at Manchester’s Protestant nerve centre, St Ann’s Church. We then nod to the nearby Royal Exchange, the Parliament of the cotton lords in Rylands day, pass the Catholic Hidden Gem before arriving at Rylands.

There, there’s a quick tour of the locale to set the library in context (it was purposely built in what was then the poorest and most violent part of town) before we enter to unveil the library’s history and riches, in particular the St John Fragment, the oldest piece of the New Testament ever found. 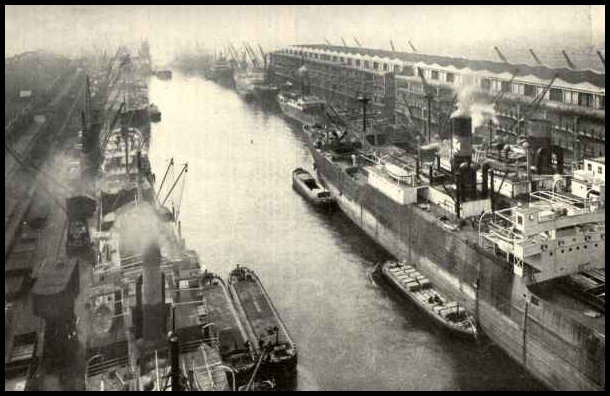 Here’s one of the strangest stories in Manchester history. At the end of November 1819 the great radical writer William Cobbett returned from America bearing the very bones of Thomas Paine, an even greater radical writer. Paine had written the most influential political book in English history, The Rights of Man, in 1791. It was so hot nearly every publisher refused to touch it. Paine was a leading figure in three revolutions: the French (still too early to say if it worked), the American (it replaced the monarchy with figures like Nixon and Trump) and the English (it failed).

In Manchester late 1819 All Cobbett wanted to do was put the bones on the table in front of him while he spoke at a public meeting about the horrors of Peterloo a few months earlier. It never happened. The feds boarded his coach at Irlam and gave Cobbett an ultimatum: transport to Manchester for you, yes, but not those bones. He chose not to speak without the remarkable prop and didn’t return until 1831.

We commemorate that bizarre event and look at other momentous political events in the wake of Peterloo 200.

Background
16 August 1819: troops charged 60,000 Mancunians at a rally called to lower the price of bread and demand the vote. More than a dozen people died and some 650 were injured. The event, the most violent episode in English political history, became known as the Peterloo Massacre.

The tour has been devised by Ed Glinert, political commentator with 30 years’ experience for various leading newspapers, magazines and publishers, who worked with Paul Foot on Private Eye.

Glinert goes into extraordinary detail, explaining not just the momentous events of the day itself, 16 August 1819, but bringing in associated topics and characters such as the birth of the Manchester Guardian, the Cato Street Conspiracy, the remarkable story of the bones of the period’s leading radical, Tom Paine, the Government’s draconian Six Acts – even Anthony Burgess.

The first few decades of the 19th century, despite being enshrined in public imagination as the elegant age of the Regency, were a time of severe political repression in England. The Conservative government of Lord Liverpool was fearful of the kind of revolutionary activity recently witnessed in France and so decided to stamp out all dissent and free speech.

The government was at war with France which saw Wellington triumph over Napoleon’s forces at Waterloo in 1815.

But as Paul Foot once wrote, the British government also waged war against its own people.

Ed Glinert, who has researched the story for decades, brings his unique touch to this chilling story.

Where do we go from here?
* Tony Wilson’s house.
* The Boardwalk, where Oasis made their debut.
* The Hacienda.
* Elbow’s “hole in my neighbourhood”.
* The Free Trade Hall, where Bob Dylan was booed and the Sex Pistols invented the modern Manchester music scene.
* The arts club where The Fall made their debut.
* Liam Gallagher’s shop.
* The basement record shop where Morrissey had a job – yes! – for about five minutes, resulting in a depression that inspired those great lines from “Heaven Knows I’m Miserable Now”.
* The Ritz, where the first Smiths gig took place.
* The Hidden Gem church where Tony Wilson’s funeral took place.

What does it sound like?
Forget Memphis and Merseybeat, Manchester is music city, a venue to rank alongside New Orleans or Notting Hill, a factory of superior song-making and stirring soundscapes courtesy of Joy Division, the Fall, New Order, Buzzcocks, Happy Mondays, John Cooper Clarke, the Stone Roses, 808 State and, of course, the Smiths, all spinning around the legend of the Hacienda, the world’s hippest nightclub, chicer than the Copacabana, sexier than Studio 54, cooler than the Cavern or Cream.

At the centre of the city’s beat was Factory Records, a record label to rival Motown and Chess with a business model that could be compared only to British Leyland or the South Sea Bubble. But it’s not about Mammon or the man, it’s about the music, the songs, and what songs! – “Dead Souls”, “William, It was Really Nothing”, “Rowche Rumble”, “Time Goes By So Slow” – the list, like the road, goes on forever. (Jon the Postman’s versions of “Louie Louie” certainly did).

“Manchester, so much to answer for,” as the man sang.

This is a remarkable tour of city sights and sites you always wanted to see but maybe never managed to.

We go to as many of the following that we can manage: the interior of the Freemasons Hall, designed like the Baths of Caracalla in Rome), the Portico Library, the Lesser Free Trade Hall (where the Manchester music scene was invented), the most beautiful part of the Midland Hotel that led to the German Restaurant, the Hidden Gem church (of course), the awe-inspiring reading room designed like a mediaeval nave. 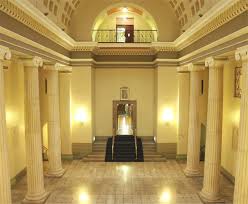